What happens when children don’t have the internet for a whole day..?
An article that stirred quite an interest when we posted it on our FB page here also included in our EQblog®, with all the relevant links from brightside.me at the end.

An article that stirred quite an interest when we posted it on our FB page here also included in our EQblog®, with all the relevant links from brightside.me at the end.

Child psychologist Yekaterina Murashova describes an unusual experiment in her book showing what happened when a group of teenagers were deprived of access to the internet and modern technology for a single day. We think it’s well worth checking out — you can consider the implications for yourself.

Children and teenagers aged between 12 and 18 years voluntarily spent eight hours alone without access to any means of communication (mobile phones; the internet, etc.). They were also forbidden to turn on the computer, any other electronic gadgets, the radio and the TV. But they were allowed to engage in a number of ’classic’ activities by themselves: writing, reading, playing musical instruments, painting, needlework, singing, walking, and so on.

The author of the experiment, a family psychologist, wanted to prove her working hypothesis that the today’s generation of young people are too often entertained by things not of their making, are incapable of finding ways to keep themselves busy, and are completely unfamiliar with the idea of the world of their imagination. According to the rules of the experiment, the children had to explain the next day how they had coped with being alone under such conditions. They were allowed to describe how they felt at the time of the experiment, and keep a record their actions and thoughts. In the case of excessive anxiety, discomfort or stress the project leaders would recommend stopping the experiment immediately, recording the time and the reason for its termination.

At first glance, the idea seems rather harmless. That’s why the psychologist who organised it mistakenly believed that the experiment would be absolutely safe. Nobody expected such shocking results. Only three of the 68 participants reached the end of the experiment — one girl and two boys. Three of the participants had suicidal thoughts. Five of them experienced intense panic attacks. Twenty-seven experienced symptoms such as nausea, sweating, dizziness, hot flushes and abdominal pain. Almost everyone who took part experienced feelings of fear and anxiety.

The novelty of the situation, and their interest and joy at being alone with themselves faded in almost all the participants by the beginning of the second or third hour. Only ten people who withdrew from the experiment started to experience anxiety only after three hours of solitude or more.

One of those who managed the project recalled: «One heroic girl who made it to the end brought me a diary in which she described in detail how she felt by the eighth hour of the experiment.» After reading it, the psychologist began to experience some of the physical symptoms of anxiety which had been felt by many of the participants. For ethical reasons, these records of the participants experiences were not published.

What did the teens do during the experiment?

Almost all the participants tried to sleep at some point, but none were able to due to the unusual thoughts going round and round in their heads.

After the termination of the experiment, 14 of the teenagers immediately logged in to social networks, 20 called their friends on their mobile phones, three participants called their parents, and five went to visit their friends in person. Others turned on the TV or plunged into playing computer games. In addition, almost all of them soon thrust their headphones into their ears.

All the symptoms of stress disappeared immediately after the termination of the experiment.

63 teenagers admitted that the experiment had been useful for them in terms of allowing them to learn more about themselves. Six repeated the experiment on their own and claimed that on the second, third or fifth time they managed to last the whole day without serious problems.

When describing what was happening to them during the experiment, 51 people used phrases like «dependence», «it turns out, I can not live without …», «dose», «withdrawals», «I need…», and so on. All of them, without any exceptions, said that they were extremely surprised by the thoughts that were crossing their minds during the experiment, but they were unable to examine them rationally because of the overall deterioration of their psychological state.

One of the two boys who successfully completed the experiment spent eight hours gluing together a model of a sailing ship, with a break for a meal and a walk with the dog. Another boy first spent the time organising his possessions. These two boys didn’t feel negative emotions at all during the experiment. 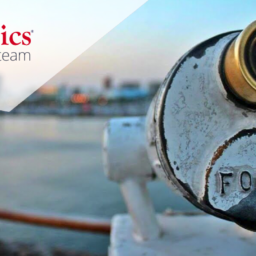 Focusing on the solution!